You may not invest in mutual funds or may not have an insurance policy; but must have one or more bank accounts. Because, the nature of banking is such that we trust bankers and rely on their advice. We entrust our money to banks and expect safety, fair dealing, and polite service and authenticity of calculated returns from the bank.

But, despite all the facts, most depositors are unhappy at the raw deal they have been getting from banks. They are facing nagging issues like huge losses incurred on savers through non-banking products hard-sold by banks, technology glitches and banks’ failure to take responsibility for the onerous tax compliance. What can be done to redress this?

Reserve Bank of India (RBI) regulates and supervises to all banks which critics allege, is primarily keen on protecting the stability and prosperity of banks, unfortunately does not proactively, or even reactively, solving customers’ problems.
In this post, we have highlighted only on the important issues facing today’s bank consumers. 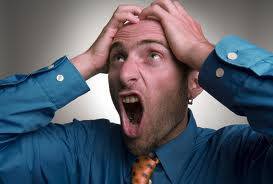 Grievance1: Incidence of selling toxic third-party products
Today, Non-banking products such as credit cards, personal and consumer loans, insurance products, ULIPs, mutual funds, equity advisory services and gold at higher than market prices with no buyback option, and, the worst of all, wealth management services that sell unregulated products like art funds, or invest in volatile and risky stock and commodity derivatives are hard-sold by bankers who exploit depositors’ trust.   Add to this ever-rising bank charges, harassment over repeated know your customer (KYC) filings, mistakes and poor redressal of credit reports and settlement of loans.

These products and services are directly adversely affecting customers as they don’t know which regulator will redress their grievance. RBI ignores complaints about these third party products as some are not even regulated, while SEBI (Securities & Exchange Board of India) and IRDA (Insurance Regulatory Development Authority), which is already poor at grievance redress, are even more reluctant to address complaints about mis-selling by banks. Banks always, target mis-selling at those who seem gullible, financially illiterate or vulnerable such as single woman, senior citizen and busy professionals with high incomes like doctors, artists, engineers, even accountants etc.

This usually works because people tend to trust their assurance about high returns and safety on them. Banks obtain client information right at the stage of opening saving account and use as investment pattern of these individuals lead to breach their fiduciary responsibility and sell downright toxic products as safe investment. Also Read:How Financial Ads can mislead you?

Take the instance banks selling five-year locked mutual funds to 79-year old or to sell a ULIP to a 60+ retired teacher which requires her to make hefty premium payments for 10 years before earning any returns.
Grievance2: Technology Harassments
Increasingly, despite all the conveniences from technological advances, computerisations of banks started, have resulted in raising the pricing threshold in the banking sector, to the disadvantage of small customers. Two decades ago, computerisation of banks had already been started, still banks’ officials are untrained and technological illiterate leading public sector banks while delivering ATM and net banking passwords without security. A leading bank even printed the username on the delivery envelop.
Grievance3: Erroneous in TDS (Tax deducted at Source)
TDS itself has become a major cause of headache. Things are much worse today. Rampant mistakes in uploading data, not crediting TDS in time, wrong mentioned assessment year while depositing advance tax by individuals are all too common and customers often fail to get credit for tax deducted because of the callousness of tax officials.
Recently, a leading public sector bank deducted 40% as TDS and even leading private bank was also deducting TDS from the principal. Surely, bankers are expected to know that tax is on income and can never be deducted from the principal under any circumstances? It is even a violation of RBI’s master circular. But the Bank kept justifying it to customers with the argument that it was computer error.
Here is a plight of a senior citizen who already submitted Form 15H well in time and underwent a harrowing experience had this to say:

“ When I asked the bank manager as to why tax has been deducted when I had filed Form 15H well in time, he said that it was a computer mistake and asked me to file my tax return and obtain a refund from the tax department. When I asked him to refund me the tax deducted, as I am not liable to pay any tax, he said that it was already remitted to the government and that he could do nothing about it now. I had to simply return home disappointed. I could not even think of changing the bank as it is close to my residence and I had authorized this bank to pay my utility bills through ECS and changing of all these will be a herculean task. So I resigned to my fate and continued with the same bank as I had neither the inclination nor energy to fight out this matter with higher authorities in the bank though such deductions do pinch me a lot.”
Source: Moneylife
This is the real life story of a senior citizen who suffered in silence. Senior bankers as well as RBI are fully aware of these issues. To mitigate the inconvenience caused to the depositors, the Reserve Bank of India (RBI) had on 31 May 2013, advised banks to issue an acknowledgement when Form 15G/15H is submitted.
Grievance4: Nagging behaviour by Bank Officials
Most of depositors have bad experiences of bank officials, who have not provided them good services at some point of time. They face nagging issues like activating their dormant account, issue of cheque book, adding nominee name, refunding overdraft charges, delay in remittance from abroad, closing bank account, etc. At times, they do not get a proper resolution from the bank. In such case need to know to whom can they file a complaint to resolve their issues.

Redressal for depositors’ grievances against banks
Bank depositors can visit the bank and meet the officials to sort out the issue. Banks have a dedicated toll-free customer care number, which they can use to lodge their grievances and get a complaint ID. They can also register a complaint on the bank’s website. Once the complaint is lodged, they need have to wait for 30 days for the bank to offer a solution or give a suitable reply.

In case your request is rejected by the bank or you do not get a satisfactory reply from the concerned bank, you can file the complaint even without waiting for 30 days period. However, make sure that file complaint before the banking ombudsman within one year from the receipt of any response from the bank against written complaint. In case, no response has received from the bank concerned, the complaint has to be filed before the banking ombudsman within one year and one month from the day they filed a written complaint with the concerned bank.
The main object of the complaint is to get resolved problem as earliest. So it is the most important to make complaint to appropriate person who will resolve problem effectively. There is a system in Indian banking to get your problem resolved by contacting authorities in procedure.
2490 Total Views 1 Views Today

Do you know what your spender personality is? Many times, I have heard people say that that “don’t earn sufficient...