Making a budget can be boring or avoidable exercise for the majority of the people. Because, they think of budgeting as depriving themselves and they just avoid it all together. But many people draw up budgets and take budgeting very seriously. They budget their money down to the very last penny. Others have fairly obvious oversights that render their work worthless. Regardless of busy schedule you are in, there are five budgeting mistakes that the most people make and they are big. Let’s take closer look on these pitfalls as to avoid a fall into any of them. 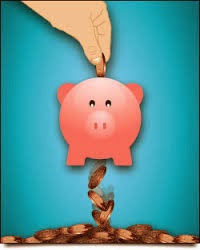 Mistake #1 – Not Writing Down Expenses
Often, people plan for typical ongoing bills expense such as rent, EMI, groceries, utility bills, petrol bills, kids-education, clothing etc.,etc.  But, they don’t write down on the sheet which leads to result they could never know where their money is going. The best way to remember everything you buy is to get update your budget each night before you go to bed when your purchases are still a fresh in your head.  You could also carry a small notebook so you can list down your purchases throughout the day as and when you make them.
You can use the most simple-budget-tracking tool that is the cash envelope method. This involves taking several envelopes, writing the name of the budget category on the outside such as “groceries” or “petrol money”, putting the amount of cash you are allowed to spend each month for them, and then making sure that you don’t run out of that cash before the month is over. This method will prevent you from overspending, but you won’t reap the benefits of knowing exactly where your money goes unless you can remember to replace the money you take out with the receipts of each item you bought. Go ahead and write it down when you’ve gone over your budget, because that negativity you feel will help to prevent you from overspending more or doing it again. Just think of this step as damage control hence, don’t skip writing down expenses.
Mistake #2- Not tracking Your Expenses
Maintaining a budget is a dynamic process and you have to keep track of your expenses, it’s painfully clear when you have gone off track. Often, people make a budget once and then never revisit it again. In order to get the most out of your budget, it’s important to keep it current. What that means is inputting actual expenses each month to track whether you’re staying within your means. This also allows you to see how variable expenses operate within what you’ve established. For example, electricity costs in the summer are higher than in the winter because of the use of air-conditioning. Your budget needs to be adjusted to compensate for these variable costs. That’s the whole point, though, and every day is a fresh chance to make better decisions. Your actual spending track makes critical decision around it, can propel  you forward in ways you could never imagine. Keep doing it month after month.
Mistake #3 – Not assigning Priority
This is closely related to mistake # 1 above. You may have done all the preparation work on the paper or an Excel Spreadsheet. You even did it before the month began and you allocated every rupee to a spending category. But you forget to prioritize them within four walls such as food, shelter/ utilities, transportation, and clothing i.e. ‘Roti Kapda aur Makaan’ etc.  If you take care of those items first, you will be in a better position to deal with the rest of your spending because you would have taken care of your family first.  The whole idea of priority spending is to not cut your expenses, but to make sure you cut out worthless stuff from your life.
Mistake #4 – Not being realistic enough
If your budget never matches up with reality, what’s the point of keeping it? The ideal personal budget tracks real income and expense patterns, and allows you to plan for the future. If your estimates are always off, however, your future finances are no more than a guess. To help keep it real, estimate what your expenses will be for the next month. Then, keep track of your actual expenses and at the end of that month, compare the estimates with the actual. That way, you’ll learn how you are really using your money so you can make better estimates for the future.
Mistake #5 – Not having emergency fund
The final mistake is making the process of budgeting is not to make any provision of any unexpected emergency, can throw your the whole idea of budget out of whack which ultimately de-motives many people to the point of  giving up the whole thing.  So, set-aside from your savings, you should budget for an emergency situation for which you can’t necessarily prepare, like an unexpected medical expense, house or car repair, or job loss. Like your general savings, there should be a place for these funds in your budgeting rather than pulling from whatever might be left over at the end of the month. If you have some wiggle room to your budget by starting a modest emergency fund, your financial life is much less stressful and more about having fun. You can add your emergency fund to your monthly budget and gradually save up 4 to 6 months of your monthly expenses.
Correcting Your Mistakes
Everyone will go off his or her budget occasionally no matter how much money is available. It’s human nature to be imperfect. Accept it as a certainty that will happen. While it shouldn’t be an excuse for poor choices, the best way to correct your mistakes is not to beat yourself up for them. Take what actions you can to correct the mistake – maybe you can return something you purchased, or make up for the extra spending by selling something you own on eBay. Maybe there’s nothing you can do except vow to do better next time. Then, forgive yourself and start a fresh. Remember that having a budget doesn’t mean you can’t spend money; it just means that you’re not spending your money blindly.
2158 Total Views 1 Views Today

Nowadays, Housing finance companies and banks are mostly tied up with select insurance providers and bundled home loan products with...