Is your Pension Plan the hanging sword of taxation?

Ramesh Sexena, an IT professional aged 45 years having been lured by the touchy-feel advertisement of new launching of various pension plans. The pension product, which was meant to make his retirement easy, has played the devil’s role in his life. Let’s see that how Mr Sexena, got in pension trap as well as tax trap which could havoc later? His pension plan became like chewing gum, which he could neither swallow, nor throw out, he has to just chewy. 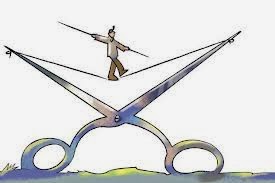 Mr. Sexena had bought ICICI Pru LifeStage pension plan, a unit-linked pension product (ULPP) in March 2008 at an annual premium of Rs 50,000 for a policy term of 15 years. He has been claiming the deduction under section 80CCC which has been, later clubbed with Section 80C limit of Rs 1 lakh. He had paid five premiums and being conservative investor, chose the debt fund for his corpus to be invested in, had given 3% return per annuam. The maximum of his contribution and the returns on the balance had been sapped by the insurance company as charges. It meant that his corpus has accumulated only Rs 2,73,000 after investing Rs 2,50,000. On seeing pathetic performance of his fund, he is now in dilemma, either to take a hit on the surrender value or opt for ‘cover continuance’. He wrote to PrudentFP  seeking advice on it.

Let’s look at the surrender value and tax aspect, if he discontinues the plan, he would have got back only Rs2,62,483 after deducting a surrender charges  of 4% of the fund value. Before clicking that, he has to learn about the tax implications of the ‘surrender’!

Believe it or not, the surrender would cost Mr. Sexena Rs 78,745 in taxes. You may feel that it is absolutely ridiculous that someone who has invested Rs 2.50 lakh for five years and is getting back a paltry sum of Rs 2,62,483 at the end of the period and has to pay tax of Rs 78,745 on it. It’s a double whammy situation for anyone who has surrendered a pension product, but here are facts.

If you surrender a pension product any time before maturity, it will mean that you will have to give back a tax deduction you had claimed in the previous years under section 80C. The surrender value has to be added to your income and taxed as per your slab in the year of surrender. If it were a regular unit-linked insurance plan (ULIP) or a traditional product (endowment or money back policies), taxation on surrender value would not have been an issue, considering that Mr Sexena had paid five premiums. Hence, this option is apparently unviable.

Mr Sexena could opt for ‘cover continuance’. That way, he would not have had to pay future premiums (till maturity) while the policy administration charges and the fund management charges would still apply. Unfortunately, the cover continuance feature was discontinued in September 2010.

Now, last option is left for Mr Sexena that he has to continue the policy till maturity. On maturity of the policy, in this case after completing 15 years, a third of the corpus would be tax-free; the remaining can be invested in an annuity product sold by any insurance company. An annuity policy will give an average of 7% pa returns for lifetime and, on the death of the policyholder, the purchase price is returned to the legal heir (or nominee). There is an annuity option to get higher returns without return of purchase price to a nominee. If Mr Sexena does not want to invest in annuity, then two-thirds of his pension corpus will be taxable which is not good option.

Mr. Sexena’s story has double edge sword: lacklustre performance of pension products that will leave many people high and dry after retirement and tax implications on surrender of policy which may come as a big blow. It implies that getting 3% pa for five years was not the only pain, on maturity he will be forced to buy an annuity, to avoid getting taxed. The annuity product will generate interest income every year; but unfortunately, that will also be taxable. Mr Sexena is seriously worried about his retired life.

Since, Mr Sexena has an old ULPP which is allowed flexibility of investment in equity and debt in various combinations. The new guidelines force insurers to offer protection against inflation. The retirement corpus will turn out to be too small.

To make matters worse, IRDA has imposed the changes in making annuity compulsory. Mr Sexena has left only option to pay tax on two-thirds of his corpus on maturity and not go for an annuity product. The change enforces annuity for 2/3rd corpus not just on maturity but even on surrender at any time before maturity. For immediate annuity products, the service tax applicable on gross premiums has been increased from 1.545% to 3.09% effective 1 April 2012. It means that if your pension corpus after accumulation phase is Rs 30 lakh and you need to put 2/3rd in annuity i.e .Rs 20 lakh, the amount available to purchase the annuity is Rs 19,38,200; after deduction of  Rs 61,800 which went towards the service tax.

Why would a lay man even fall prey to a pension trap? It’s possible only if financial literacy is low and a saver is lured by attractive ads and marketing hype. Whilst encountered with these products, pension customers have to deal with the taxation angle at every stage of the product, apart from getting low returns. Life insurance pension products cannot give decent returns, thanks to numerous charges. Note that the taxation, charges and restrictions in Indian pension products only help the government and insurers, not the pensioner. And there is the hanging sword of taxation under section 80C and Section 10(10)D. A financially literate person will find far better options outside the misleading retirement planning propaganda of the life insurance companies. S/he has numerous other options for his/her retirement planning including PPF (public provident fund), EPF (employee provident fund), VPF (voluntary provident fund), mutual funds and tax-free bonds available for 10 and 15 years

Are you trapped in “guaranteed pension for life”?

Have you estimated your Post-Retirement Expenses?

If you are selecting to read this article, your retirement countdown clock is ticking away. In your busy schedule, do...